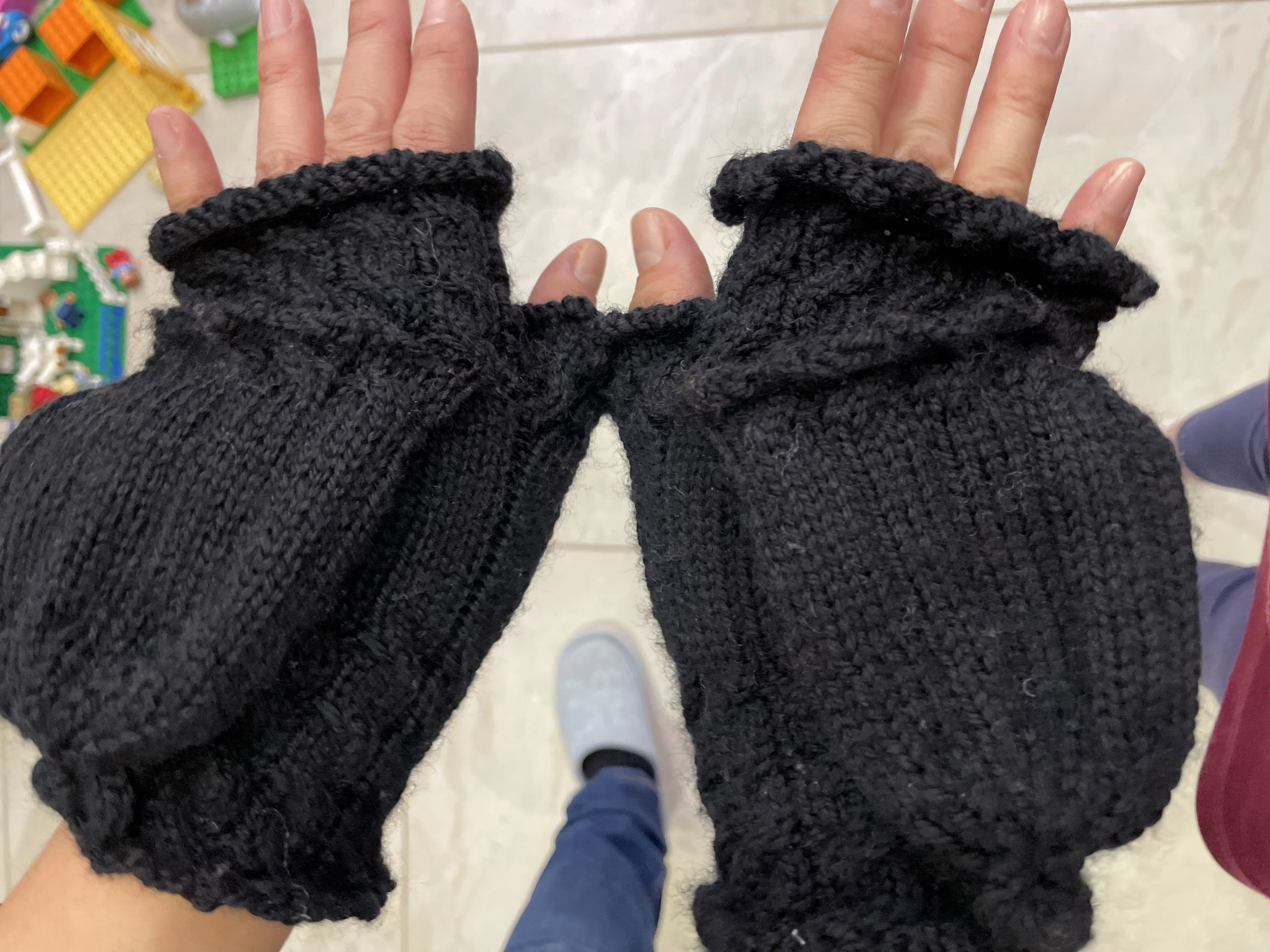 Around the time we moved, I stopped knitting for about six months.

This is A Big Deal. Anyone who knows me knows that I always have something on the go, and when I don’t, I’m like an addict, chomping at the bit for my next fix. I need to keep my hands busy because it helps me keep my mind focused, and one of the nice things about knitting is that it’s not being faced with a blank canvas or yarn; you’re building on what other people have made and following/riffing on their directions. So it’s creativity with scaffolding.

Still, moving put a spanner in all of that. It wasn’t because I had to pack up all my needles and yarn (though I’m sure that was part of it); it was just not having the brain space to deal with it. And then afterwards … well, that was partly figuring out where to put things.

Of course, all the yarn (which used to live in a couple of boxes on top of a shelf in the lounge room) was going to go in my study; there was no question about that. But the wardrobe in the study had been built for clothes, and there was a lot of wasted space as I wasn’t hanging clothes in there. So we hired a handywoman who put shelves in for me (and put in shelves in other wardrobes in the house where there was wasted space, because who needs that many clothes?!) An IKEA trip later and I had some boxes—roughly one for all the ridiculous numbers of plys of yarn I own. The result was this, which isn’t very photogenic, but is immensely satisfying for the organisational side of me:

Still, it took a few months more to get some momentum back. It’s not enough to want to knit; I need the thing I’m working on to be useful. As the weather turned colder, I started wishing I had more hats to cover my head and my ears. But also Astrid asked me to knit her some new gloves.

The pattern is based on the Knitty pattern Fetching, which is quite a fun pattern to knit, featuring 4×1 rib, cables and picot bind-off. It was modified by a designer who goes under the handle “Aufildesjours” and sized down for children (Convertibly Cute pattern link).

Not long after I made them, she lost one as children are wont to do, and it was never retrieved. (Not sure what happened to the other.) Anyway, earlier this year, she asked for ones that were the same—only black (because that’s her favourite colour at the moment). I raided my yarn stash, trying to find something that would work that would also be soft to the hands as she had tried the ones I had made for myself and complained about the scratchiness of the yarn. Fortunately I had some Bendigo Woollen Mills Luxury yarn in black, but it was 8ply and the pattern was written for 10ply.

As usual, Ravelry was an invaluable resource: checking out the pattern page for Fetching and the other knitters who had made it unearthed someone who had made it in 8ply, so I raided their notes and adjusted everything accordingly. Different ply means a different needle size, which means a different gauge, which means adding stitches and repeats to make up the difference, and you’ve got to do it for the whole pattern, not just part of it.

In addition, I threw out Aufildesjours’ instruction to knit a length of i-cord and then sew it on the top of the mitten shell; it’s much sturdier if you decrease the number of stitches at the top of the shell and then knit i-cord off that (and then, if you can, decrease/cast off by picking up stitches around the base where the i-cord begins).

The button to fasten the mitten shell to the back of the gloves proved to be a little tricky, though: I was keen not to buy buttons. (I have nothing against them; I just didn’t want to make a special trip out of the button store for two, and I felt like the ones I used back in 2017 were a little to big.) I had the idea of making them out of yarn—thinking about the sort of bobbles you can knit into jumpers—but further research revealed that they wouldn’t hold their shape well enough to act as an anchor for the loop of the mitten shell. So I looked elsewhere and discovered a pattern on Ravelry for an i-cord knot button. Again, I felt it was more secure to pick up four stitches across the back of the glove where the button would sit and knit the i-cord from that, but tying the cord into a knot proved to be rather tricky, and with the end result, I do wonder if I should have just gone with a button instead.