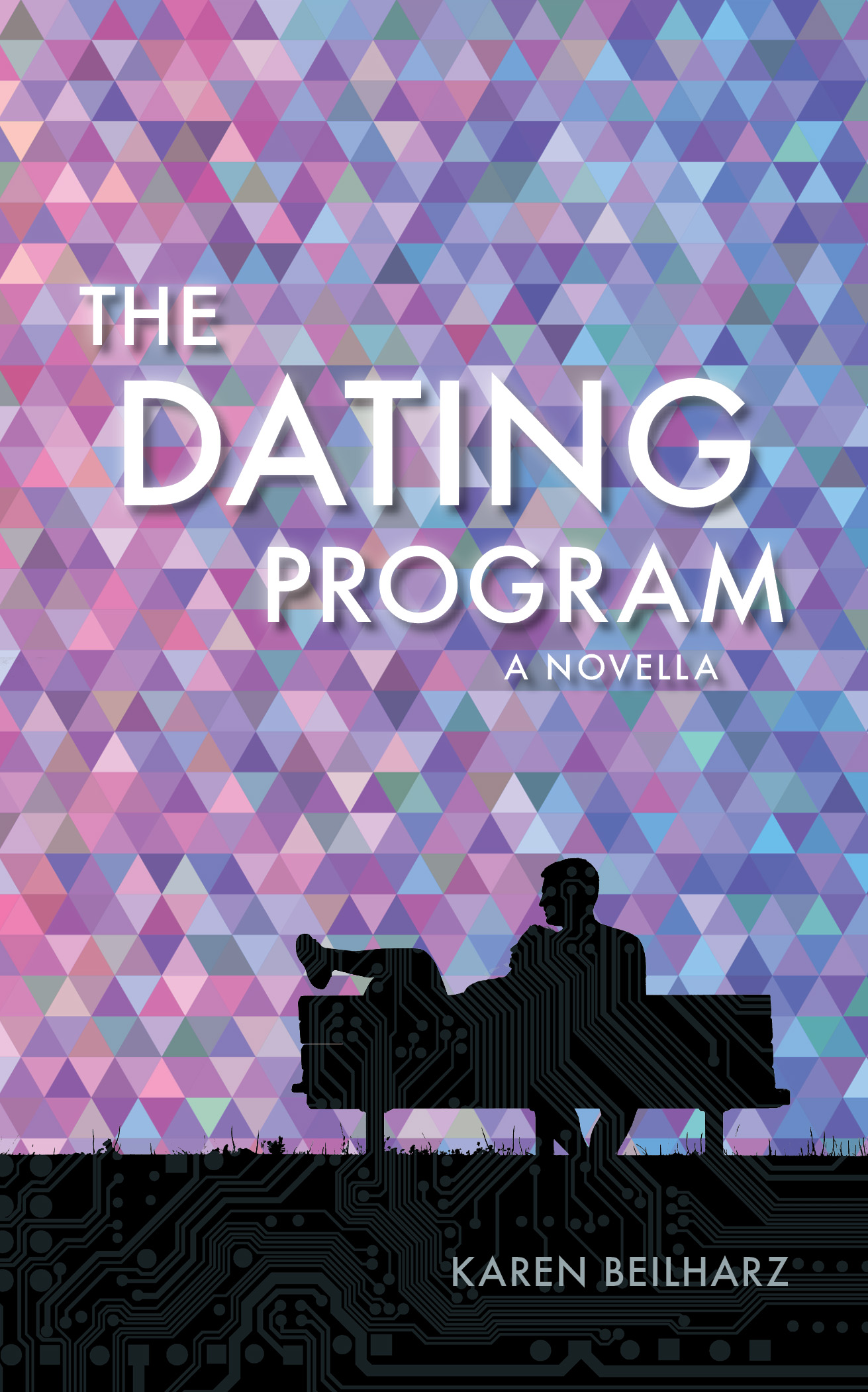 So The Dating Program has been out for about two months now and I have completely dropped the ball on promoting it. (You can tell I’m a writer by how much I suck at marketing.) I did have grand plans and half-formed blog posts bubbling in the back of my brain once Book Fair Australia was over, but December and, somewhat unexpectedly, much of January has steamrolled all that.

Still, the worst thing about not promoting a book is continuing not to promote it (right?) So in an effort to get back on this very lame horse, I thought I would post about cover design.

That said, you should know that I am not a professional graphic designer. I have absolutely no training in art or design. Everything I know is based on what I like and what I’ve seen other people do, and I am completely self-taught on InDesign. I know the cover is important and perhaps given its importance, I should have budget for a more professional cover. But I decided to do it myself.

As I wrote in my last post, I used Lulu.com to create a dummy copy—partly for beta reading purposes and partly to see how Lulu handles self-publishing. In terms of cost and speed, Lulu were incredible: from memory, one copy cost a mere $3 to print and $6 to ship (twice the unit cost). In terms of print quality, I realise that Lulu does digital printing, but I do think the quality could have been … better.

But I digress. Even dummy copies need a cover. So I threw this together:

It was deliberately simple. The background pattern was intended to resemble the interior decor of a restaurant that serves as the setting for one of the dates. I used Futura for the title because it’s one of my favourite typefaces, and because I thought I needed something to contrast with that (a serif font with a sans serif font), I used Baskerville, which is another one of my favourite fonts. I think I probably spent 15 minutes on it tops, fiddling with the font size, the positioning and the kerning. Fitting for something that was intended to be a test.

When it came to the “real” thing, though, I decided to create a few options and poll the Australian Speculative Fiction (ASF) Facebook Group for their opinions. I posted the dummy cover as well as these two:

In the near-future, concern about an increasingly workaholic corporate culture and the falling birthrate causes the government of one metropolis to institute GoDate, a city-wide summer dating program for people of a certain age. Players are sent on a series of ten different dates, during which they are matched with potential love interests via algorithms.

Petra, a 24-year-old highly introverted graphic designer, isn’t sure she’s ready for a relationship, but isn’t entirely happy with singleness either. Encouraged by her co-workers and driven by a strong desire not to live with regret, she decides to participate in GoDate for the very first time. But as GoDate takes her on all manner of dates—both good and bad—Petra is forced to question what it is she actually wants.

The responses were interesting: each of the three had their fans (and for different reasons as well). But the overall response was that the cover wasn’t quite matching the genre/market placement of the novella. The one with the birds apparently screams YA (young adult fiction), whereas the dummy cover with just the pink and purple background didn’t signal anything at all and could also have been mistaken for self-help. This probably reflected my own uncertainty too. I wrote in the comment thread,

I’m not quite sure where would be best to position it in terms of genre. While I was writing it, I always thought of it as a romcom. But even though the story has romance elements, a relationship isn’t the main focus of the thing. It’s more an exploration into the whole subject of dating and relationships—how to find The One in a city of 12 million, what makes two people connect, whether algorithms actually work for human relationships, etc. But all wrapped in a slightly futuristic setting of server bots, self-driving cars, architecture designed for single people, and of course a government-run dating program. So I guess I’d call it spec fic. But it’s supposed to be lighthearted and fun, rather than dystopian, hence the romcom bent.

The good people of ASF gave me some helpful advice and pointers, including incorporating some digital elements to indicate the speculative fiction side of the book as well as more “romantic” elements to highlight its romcom side.  Some also said I should flag that it’s a novella. This resulted in these two revised covers with digital circuitry and some “lovebirds” (human and otherwise):

I sent these to Dan Hanks, my editor, along with my manuscript, and asked his opinion. Before he worked on the MS, he told me liked the bird one with the London-ish skyline better. But when he had finished the editing, he preferred the park bench one as he felt it fit the novella better and shaped reader expectations more appropriately. So I went with the bench. And then adjusted the titles (with the new title!) accordingly.

Of course, the thing about covers is that when you have settled on the front, you still need design the back. I probably should have thought about this earlier, but remember I’m a n00b. My solution was to Google some gorgeous front-and-back cover designs, get depressed and then try to take some of those design principles and make it work with mine.

Immediately I ran into the problem of the awesome background I had chosen: it was too busy to put the back cover blurb over the top, so how was I going to make it stand out? I tried a ghostly white box:

It looked sort of amateur-ish. (I am an amateur, but I don’t want to look like one.) Also, it was a bit weird having the black silhouette of the ground, the park bench and the people just going nowhere. What if I continued the strip of black along the bottom? That would also help with the barcode. I tried it and rather liked the effect, and stretching the white box out across the whole of the back cover into the black strip seemed to work.

That just left the question of the patterned background. I thought perhaps flipping it might be fun, so I tried it:

By this point, I had completely lost all perspective, so I ran the cover by Ben and a couple of friends. They preferred the up-and-down triangles, so I went with that. I think I would have been happy with either, but I like how the background has remained essentially the same since the dummy design.

Anyway, if you are judging my book by its cover, please check it out. You can read an excerpt in PDF. You can grab the e-book from these fine e-retailers:

But if you prefer your books in print, order yourself a copy from my beautiful online store.