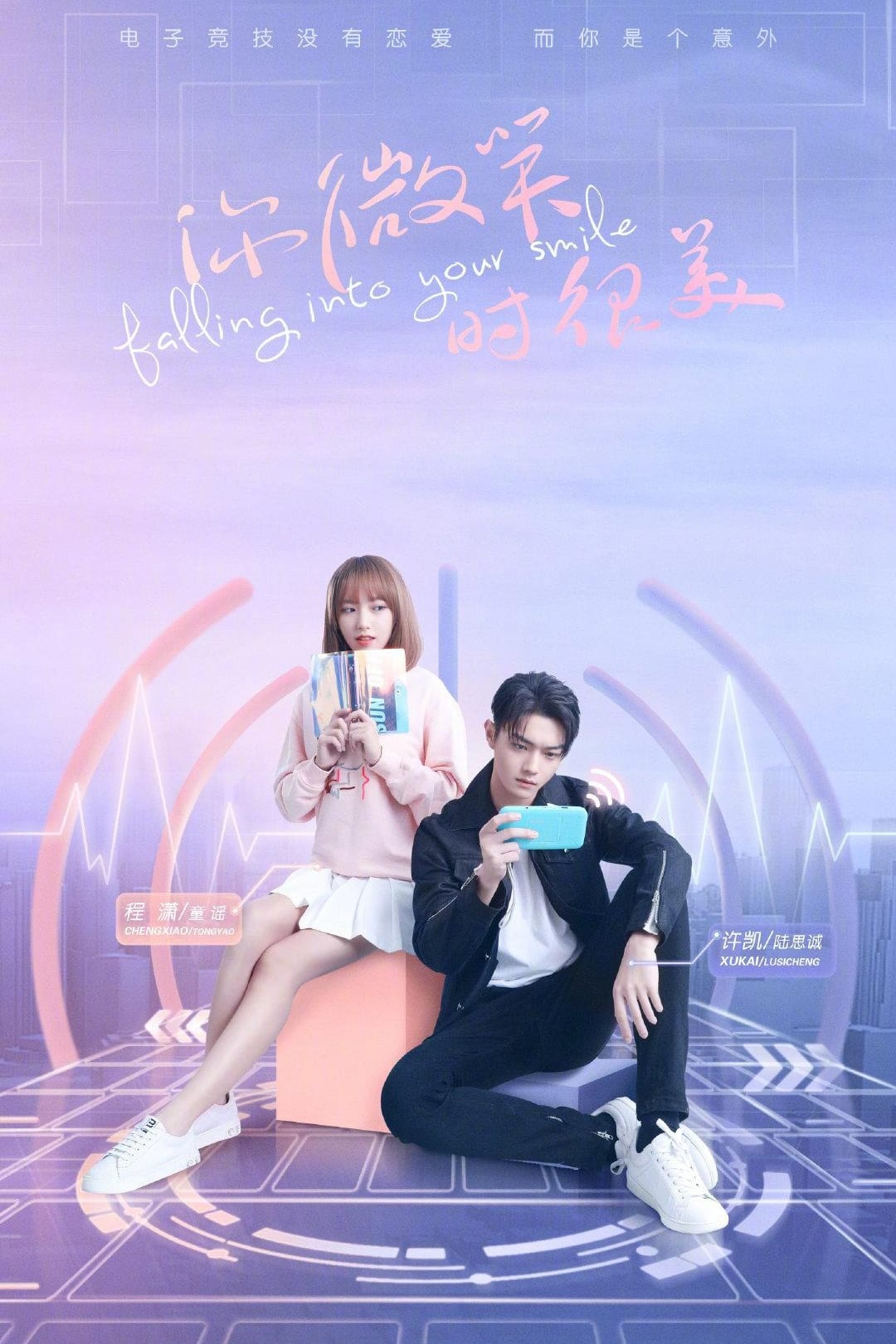 Sorry, my poor blog; it’s been too long.

Every now and then, I need a break from K-dramas and return to C-dramas. Whereas K-drama episodes are usually 60-90 minutes long, the average C-drama episode is 40-50 minutes long. This makes for long seasons (The Rise of Phoenixes clocked in at a whopping 70 episodes), but arguably the run time is about the same.

Falling Into Your Smile is a very respectable 31 episodes, making it comparatively short and sweet. And for all those who wished The King’s Avatar contained a romance, this series is for you, combining an e-sports/sports plot/journey to the top with romantic comedy set in an alternate 2020 where COVID doesn’t seem to exist.

Tong Yao (played by Cheng Xiao of South Korean-Chinese girl group WJSN) is a young woman in her early 20s who has finished university and is at a crossroads in her life. She also happens to be very good at playing Onmyoji Arena.

Onmyoji Arena (which is a real game, by the way—unlike Glory in The King’s Avatar) is a multiplayer online battle arena (MOBA) game in which two teams of five players compete against one another to take out the opposing team’s castle. The setting and many of the characters/Shikigami (of which there are over 100) have been plucked straight out of Heian-era Japan. (The game’s publisher is Chinese though.)

Tong Yao’s speciality is a Shikigami named Tamamonomae, and she currently ranks #1 on the Chinese server playing that character using the online handle “Smiling”. (I think that is referenced in the title of the show, but I have no idea if that’s an accurate translation of the original title. From what I can gather from some very cursory online research, the show is based on a novel, but I’m not sure if the novel and the show share the same name.)

Because of Tong Yao’s gaming abilities, she receives an invitation to join the Onmyoji Arena e-sports team ZGDX. (I have no idea what those letters stand for, if anything.) At first, she is unsure the offer is real. But then the team bring her to Shanghai to watch the team at the Spring Playoffs, and she ends up accepting their offer and becomes a professional e-sports player, much to the dismay of her more conservative parents.

This means moving in with the rest of the team into the ZGDX home base, which is located in Shenzhen. (Fun fact: this is the area my ancestors are from.) Initially, not everyone is welcoming of her, particularly as she is the only female pro player in a league dominated by guys. This is so for some of her fellow team members as well as for the fans, who like to gossip about all things league-related on the E-sports Farm forum. But over time, and as she proves she has what it takes to be in the league and to be a professional, their opinions about her begin to change.

In addition, now that she’s a public figure, Tong Yao’s romantic history is put under the spotlight: her ex just happens to be Jian Yang, captain of CK, a rival team, and he seems to be still carrying a torch for her. But her eye has been caught by Lu Sicheng, the brilliant, handsome and so-rich-he-drives-an-Aston-Martin captain of ZGDX. (Cue hijinks.)

Of course, being an Asian drama, the series involves much more than just the romance plot; the cast is still an ensemble, after all. Tong Yao needs to learn to work with the rest of her teammates as much as they need to learn to work with her so that they can actually function as a team and progress through the tournament. In various episodes, teammates have little subplots that complement the main romance/e-sports plotlines—for example, K (my favourite character, played by the way-too-pretty Gao Han) has a fraught relationship with his parents, which provides a direct contrast to the normal parental disapproval surrounding young people entering e-sports as a profession.

In addition, various episodes explore the relationship between ZGDX and other professional teams in the league. Tong Yao’s best friend Chen Jinyang (not to be confused with her ex-boyfriend Jian Yang; I’m sure the distinction is clearer in Mandarin) is in an on-again-off-again relationship with Ai Jia, a member of rival team YQCB, leading some to question whether their relationship affects Ai Jia’s performance, and whether pro players should be allowed to have romantic relationships at all.

Also, YQCB has just hired a South Korean player named Lee Kun Hyeok (online handle: Hierophant) who used to be Lu Sicheng’s teammate back when they were both part of the South Korean team TAT. (Lee Kun Hyeok is played by Wang Yi Jun, who is Chinese but who is represented by South Korean entertainment company YG. I think all the Korean characters are actually played by Chinese actors, but it seems like some of them do speak Korean during the Korean bits, whereas Lu Sicheng’s Korean sounds dubbed.) The rivalry between Lu Sicheng and Lee Kun Hyeok makes for some interesting gameplay as ZGDX and YQCB progress through the tournament.

The presence of Korean players in the Chinese league also brings up all sorts of issues regarding privilege and game strategy, as well as the relationship between pro players and their fans. One subplot involves a South Korean pro player named Kun of the team FNC who was also a fellow teammate of Lu Sicheng’s during their time in TAT; who is known for being a bit of a flirt and having numerous girlfriends; and who develops a romantic interest in Tong Yao. Another subplot involves a South Korean DQ Five player named Xu Tailan who is cheating on his long-time girlfriend with a fan and who becomes enraged at Tong Yao for refusing to cover for him.

Surrounding all this is e-sports media and the online gossip mill, with various fans expressing their opinions about various things through forums or even during the livestreams that pro players must engage in as part of their contracts. It doesn’t take much for public opinion to turn against a player, and when it does, it can affect a player’s performance quite significantly.

Things I liked about the show:

Things I thought could have been improved:

Although there is potential for Falling Into Your Smile to have a second season (the plot thread involving South Korean team TAT remains tantalisingly unresolved), it doesn’t sound like it’s going to get one. Which is a shame as I will have to look elsewhere to have my Asian e-sports drama itch filled.

I don‘t suppose there are any e-sports K-dramas out there …?