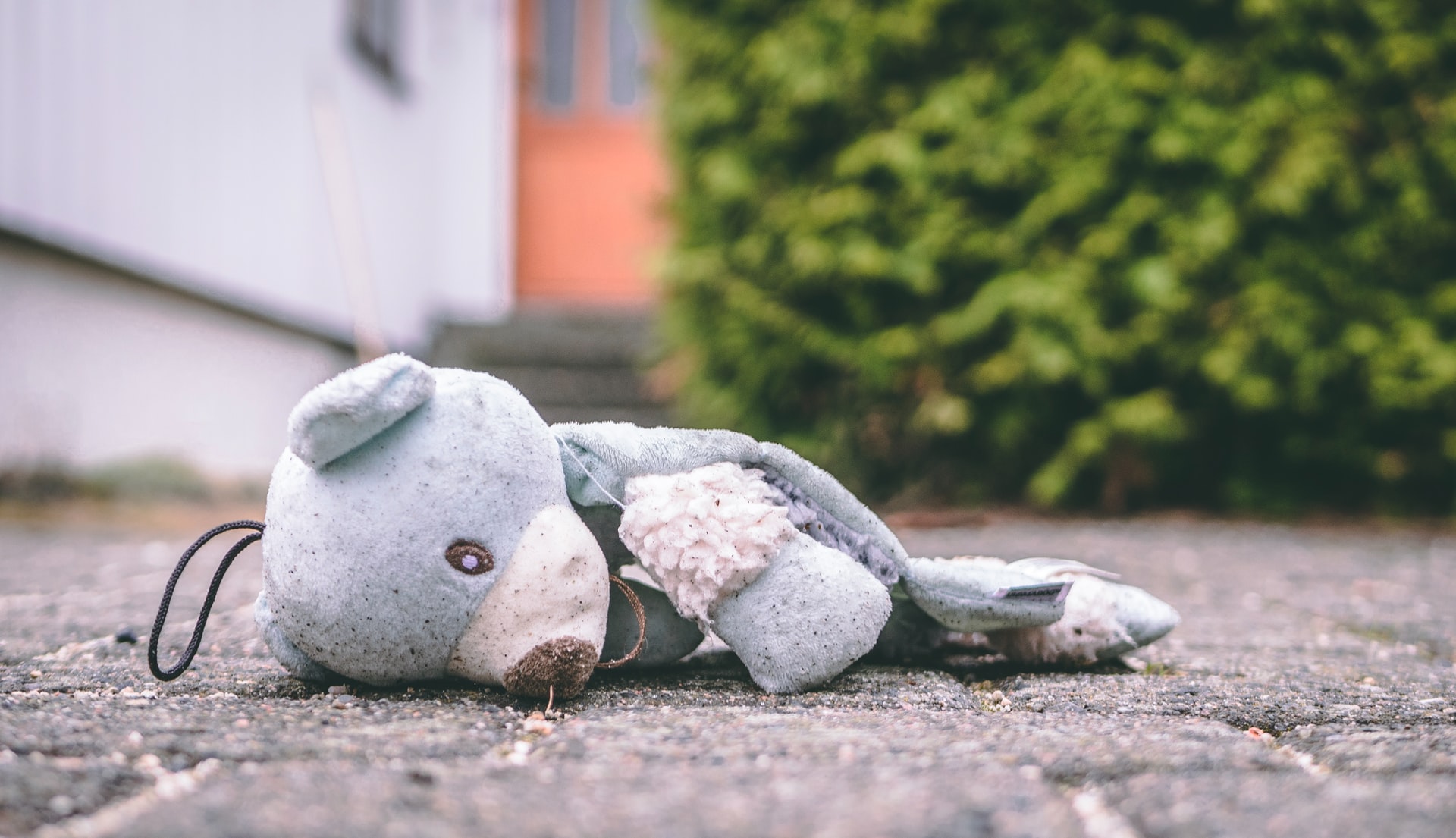 Lately I’ve been finding it hard to blog. I plan posts in my head, but don’t ever get to putting them down. I have good intentions. I even clear time to do it. But when it comes to actually putting fingers to keyboard, I often feel like I run out of steam. Or I have nothing worthwhile to say.

So this blog lies here doing nothing when I want so much for it to say something.

I was contemplating this today while doing something I’ve meant to do for a while—which is transcribe the most helpful part of this episode from The Happiness Lab podcast about rejection: “Treating the pain of a broken heart” (Season 3, episode 2). It’s in the section where the host, Laurie Santos, interviews psychologist, speaker and author Guy Winch about practical things people can do to mitigate the pain of rejection:

Laurie Santos: … Guy [Winch] argues that we need to learn how to treat rejection pain right away—the same way we’d grab a first aid kit to put a bandaid on a cut.

Guy Winch: If you leave it up to our mind to make a decision about what’s the best way to heal an emotional wound, it will inadvertently send you down the wrong path. It will do the wrong thing, because it’s just trying to protect you from having that wound again. It’s not trying to heal it in an adaptive way.

LS: When I think of rejection first aid, I’ll be honest: I think of booze, frankly, and ice cream. It’s, like, what I think of—so is this kind of common?

GW: You didn’t invent booze and ice cream. In other words, that is the go to. But, yeah, we tend to numb the pain. That’s our basic response: let’s numb it with sugar; let’s numb it with alcohol. All very well. Doesn’t actually solve anything. You’ll wake up feeling both hungover or nauseous, and still in emotional pain the next day, so it’s not necessarily the most useful.

What would be useful is to counter some of the impacts by, first of all, exhibiting self-compassion—you know, like, we literally go and find ways to beat ourselves up when our self-esteem is at its lowest point. And so, instead of reviving our self-esteem and our confidence, we’re actually doing the opposite. It’s one of the most unfortunate tendencies we have, post-rejection.

LS: So that’s the first step of rejection first aid: stop making all those rejection wounds worse. Don’t kick yourself when you’re already down with all that negative self-talk. But a second step is to fight the urge to lick your wounds in solitude. Healing from rejection requires a dose of social connection.

GW: We’re tribal animals, and part of the rejection is about our need to belong—our need to feel affiliated with certain groups. It can be a church group. It can be our amateur softball league. It can be our clique of friends—our college roommates. But that group membership gives us, literally, this layer of protection—this shield—because we feel part of a group. We feel more protected. In a moment of rejection, you won’t. But then go and reach out to your group and reconnect and have a few chats with people in the group to remind yourself of your fact that you belong—that people appreciate you. And it’s an amazing tonic.

LS: But what if you can’t get that social support in person? What if you’re like [actor] Tim Colceri, stuck in a foreign country, away from your friends and family when you get fired or jilted? For situations like these, Guy recommends a practice he calls “social snacking”: just as we grab a snack when we hungry, but can’t eat a full meal, so too can we ease our social hunger with small reminders that we’re connected to others. Studies show that merely surrounding yourself with pictures and mementos of people you love can make the hurt of rejection subside a bit.

But the most important rejection first aid treatment, according to Guy, is a practice that actively helps you remember your own value. You need to recall that you’re still a good person, but not in the way that self-help books suggest. You don’t need to launch into a bunch of cheesy, positive affirmations.

GW: Like, “I’m beautiful and I’m going to find great love” kind of things, and they often don’t work, because in a moment of rejection, you actually don’t feel beautiful or very optimistic about finding great love. That will actually make you feel worse.

LS: Guy’s work has found that a better value boosting technique is to get really specific.

GW: Let’s say it’s the romantic domain. Your head is going to take you to all your shortcomings and deficiencies. What you need to do is balance them out. So make a list of every quality that you know you have. It’s got to be stuff you know you have, not stuff you would like to have. But things you know you have; it’s got to be real—that make you a good dating prospect: you’re emotionally available, you’re good with in-laws, you bake stupendous muffins, you give a back rub—whatever it is. Make the list long and exhaustive and varied. And then choose one of those things that’s actually meaningful, and write a couple of paragraphs about why that’s a meaningful thing in relationships, how you’ve exhibited it in the past, and how that’s been appreciated or how it might be appreciated in the future. Do one of those a day when you’re feeling rejected romantically.

If it’s about you got rejected from a job, do one about what makes you a good employee: you’re loyal, you’re reliable, you’re responsible, you’re timely, whatever it is. But do the things—you know, write out what you’re bringing to the table—what makes you valuable—to directly counter that tendency to do the opposite in your head.

LS: Guy has found that leaving our emotional wounds untreated without any rejection first aid can have long-term negative impacts on our psychological health.

GW: We do think differently. We become very, very risk-adverse. We withdraw. Our instinct isn’t to then go out and reconnect with the people who we can reconnect with; it’s to withdraw because we then become risk-adverse; we just don’t want to suffer anymore rejection.

I love the idea of having an emotional first aid kit—a go to list of tools to employ when you’re in pain that will actually do something about that pain. I love that part of that kit involves connection and community, which is a very Christian idea (see Galatians 6:2: “Bear one another’s burdens, and so fulfill the law of Christ” [ESV]). But I also love that part of that kit involves self-care and pushing back against the negative self-talk with positivity. It sounds quite counter-intuitive, and I dare say that one of the ramifications of Tall Poppy Syndrome is that we Australians feel less incline to talk about our strengths because it sounds like bragging. But I can see how it would be helpful to remind ourselves—particularly when there is no one who will do it for us—of the things that we are actually good at and the positive effect that being good at that thing has had. Surely it will help us become more resilient.

I wrote in my now defunct newsletter once that I felt like I didn’t have much resiliency. Several years and a number of rejections on, I think that’s still the case. I feel like I’ve become more and more risk-adverse—not putting myself out there as much (and blogging is part of this. So is social media, I think; maybe I will blog about that sometime when I feel like I have the constitution to do so), withdrawing, being reluctant to suffer any more rejection.

A good friend asked me not long ago whether I had been through something that had delivered a significant blow to my confidence. I was about to answer “No”, but then remembered that I had: I had applied for a creative development program and had been unsuccessful. But the being unsuccessful part hadn’t been the part that stung: it was the letter of feedback I received. It was prefaced with “the judging panel have some feedback for you which we hope will be helpful”, but the feedback was written in what I found to be a most unhelpful manner. Reading back over it, I think it’s because it was one judge’s comments copied and pasted out of their report; it wasn’t actually feedback written to me as the direct recipient. This meant that the feedback came across as cold and brutal—the very opposite of helpful.

At the time, I posted on social media,

Another rejection with some rather savage feedback on my work. I look forward to the day when this hurts less, instead of leaving me feeling like I’m bleeding all over the floor.

And my community rallied around me, providing encouragement and messages of support.

I wallowed for a while. I reminded myself that the work this judge had critiqued had been shortlisted for a national award, and when it didn’t win, one of the judges for that award had said some nice things about it in private. I added it as another line in my rejection spreadsheet. And I tried to rally.

But I was still very affected by it.

I still am, I think.

I don’t quite know how to get out of this trench I’ve found myself in. I’m reluctant to leave it as I don’t fancy getting shot at again. But I know that if I want to write and put my work out there, I have to.