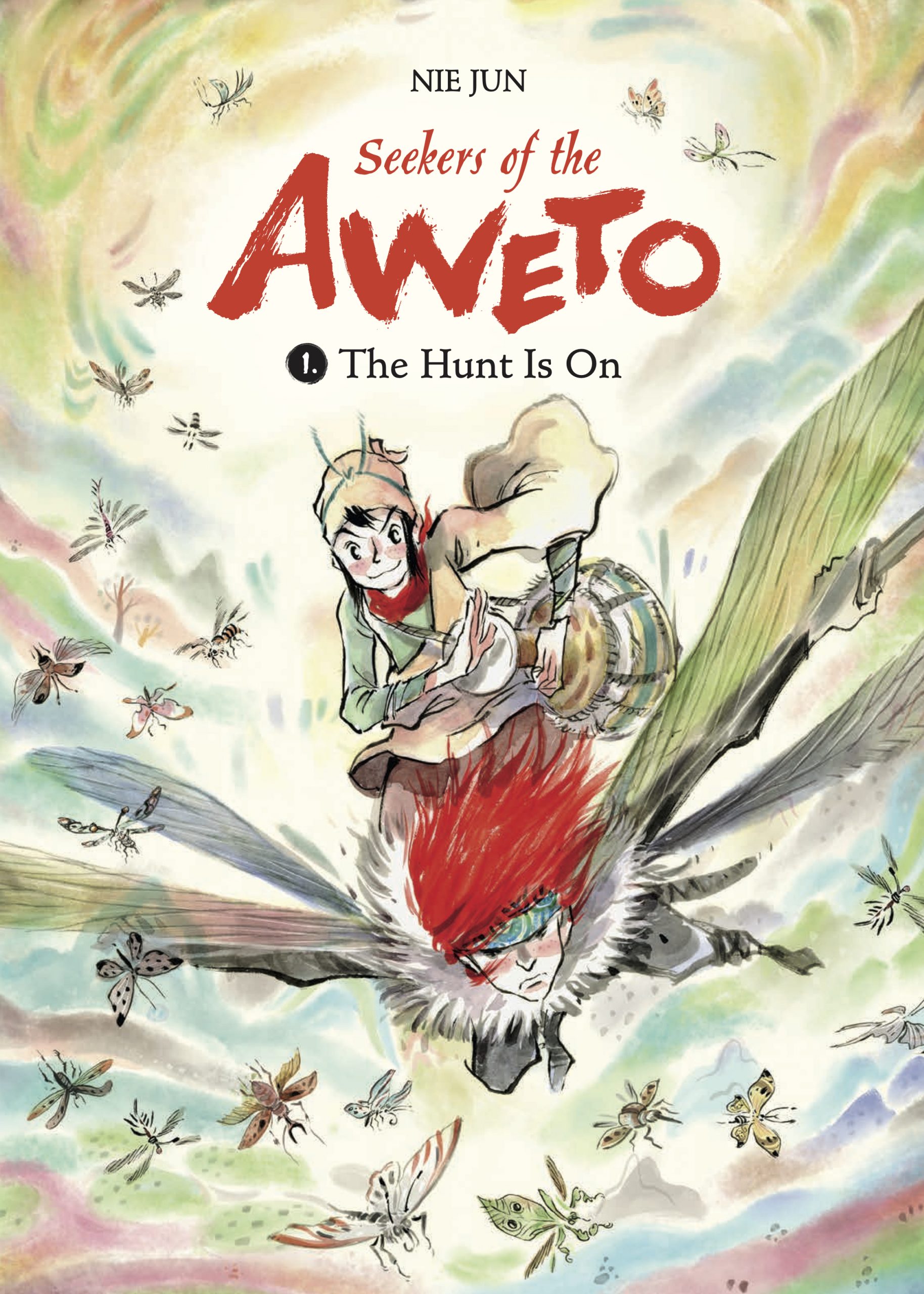 I finally sat down to read Seekers of the Aweto Vol 1: The Hunt is On by Nie Jun (translated from the Chinese by Edward Gauvin). Xinyue, his brother Qiliu and their mother travel the land near the Silk Road, looking for aweto, a plant-like treasure that only sprouts from the top of majestic earth deities. (My father tells me that this is a real thing—not the earth deities, but the plant: it’s called a fungus that grows out of a dead caterpillar called “cordyceps sinensis”, it grows in the Himalayas and it is highly sought after because of its medicinal properties.) The trio make a living from selling the aweto and are able to do what they do because of Xinyue’s drum, which commands the insects, and Qiliu’s flying prowess—along with his obsession with finding the celestial aweto, which is supposed to have the power to bestow eternal life.

The trio come across a village built around an earth deity and seek to rob them of their aweto, even though the inhabitants put up quite a fight. But in the tussle, Xinyue ends up becoming a carer for the deity’s little offspring, with warriors from the village in hot pursuit.

Nie Jun’s art is GORGEOUS (particularly the colours and his use of colour), the action scenes are dynamic and wonderful, and my goodness, will you just look at the crowd scenes! Volume 1 ends on quite a cliffhanger, and I’ve read that there are supposed to be four in total. With the first volume just released, however, I suspect it will be a while before we get the others!