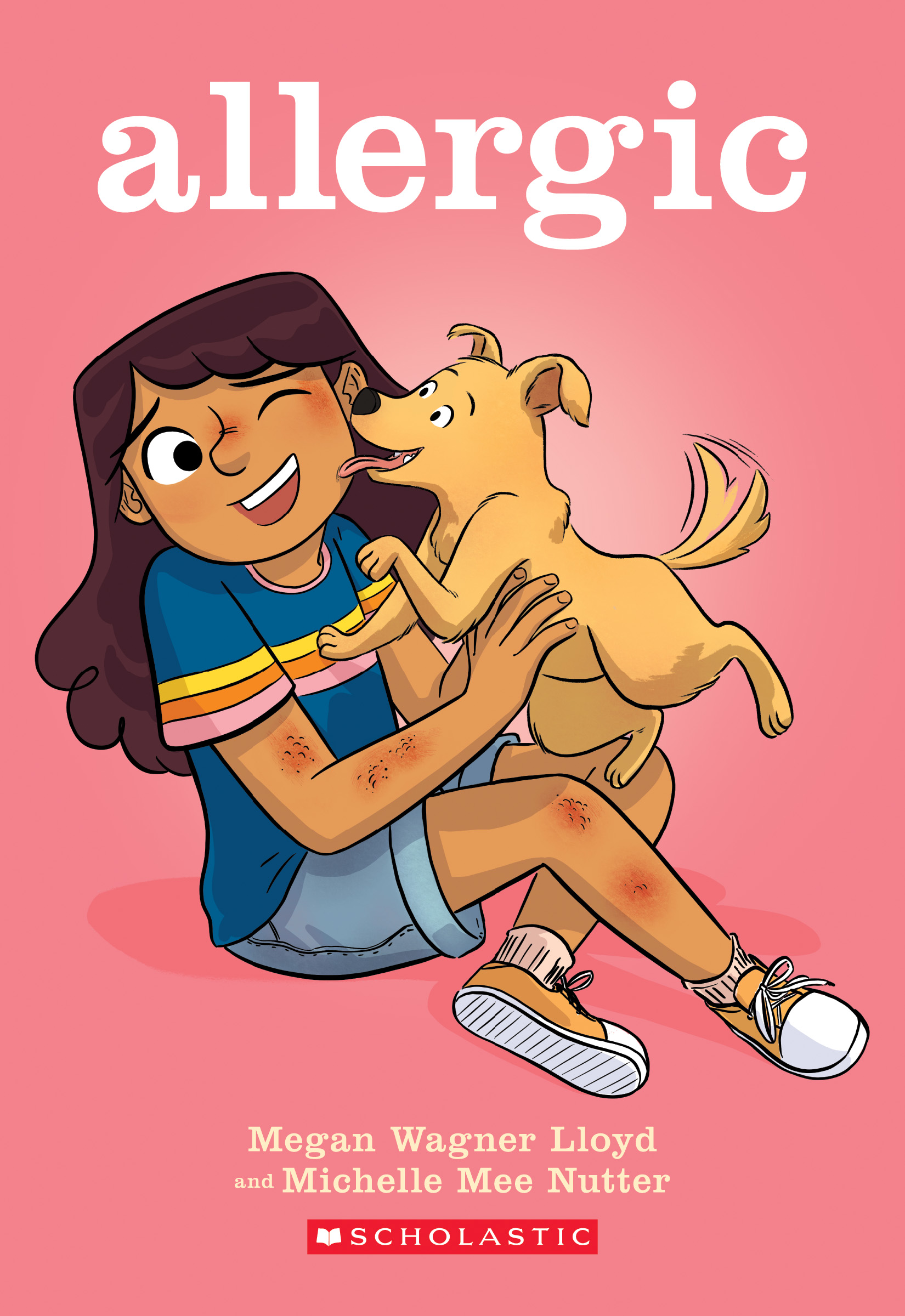 Next on the To Read list: Allergic by Megan Wagner Lloyd and Michelle Mee Nutter (Graphix Scholastic, 2021).

Maggie is excited: she’s turning 10 and her parents have promised that she can get a puppy. With young twin brothers and a new baby on the way, Maggie often feels like she gets lost in the noise and tussle of family. She just wants something of her own: she loves animals and dreams of becoming a vet. But when she goes to choose her new pet, she discovers to her horror that she is allergic to animal hair—all animal hair. In addition, because the zoning has changed, she has to start going to a new school where she doesn’t know anyone.

The story of Maggie’s journey towards acceptance of her condition and connection with others is told with gentleness and humour. I really felt for Maggie and understood her sadness and disappointment. (We have something similar at our place, with children who really love cats, but are allergic to them. In fact, everyone in our family is allergic to cats …) I liked the way her first day at the new school is depicted and the circumstances that lead Maggie to becoming something of a social pariah. I also really really liked the unlikely friendships she forms—first with her new next-door neighbour and then later with a boy who has a different set of allergies to her. I kind of guessed the ending ahead of time, but still found it satisfying, and I appreciated how Megan Wagner Lloyd took care to tidy up a couple of the more minor plot threads.

Other things I loved about it: the diverse cast, Michelle Mee Nutter’s wonderful facial expressions, the muted warm colours, and the splash page in the pet store where you can see Maggie and her friend Claire moving around the aisles.

My only piece of criticism is one that I have a lot with middle grade graphic novels that are being released at the moment: I really really wish the lettering was better. Perhaps I have been brainwashed by Nate Piekos of Blambot, but the main issues I noticed were crossbar Is, text stacking in balloons that could have been more diamond-shaped, accidental tangents, and the occasional panel where I would read the balloons in the wrong order. They threw me right out of the story, but I do acknowledge that my brain has been trained to notice these things, so perhaps they wouldn’t annoy anyone else as much.

Overall, Allergic is a great addition to the middle grade comic canon. Give it to anyone who loves the works of Raina Telgemeier.